I was never a great diary writer…

/ History / I was never a great diary writer…
LnRiLWZpZWxke21hcmdpbi1ib3R0b206MC43NmVtfS50Yi1maWVsZC0tbGVmdHt0ZXh0LWFsaWduOmxlZnR9LnRiLWZpZWxkLS1jZW50ZXJ7dGV4dC1hbGlnbjpjZW50ZXJ9LnRiLWZpZWxkLS1yaWdodHt0ZXh0LWFsaWduOnJpZ2h0fS50Yi1maWVsZF9fc2t5cGVfcHJldmlld3twYWRkaW5nOjEwcHggMjBweDtib3JkZXItcmFkaXVzOjNweDtjb2xvcjojZmZmO2JhY2tncm91bmQ6IzAwYWZlZTtkaXNwbGF5OmlubGluZS1ibG9ja311bC5nbGlkZV9fc2xpZGVze21hcmdpbjowfQ==
LnRiLWZpZWxkW2RhdGEtdG9vbHNldC1ibG9ja3MtZmllbGQ9IjcwZjRkYzlmYzc0NjM2YWU5ODMwMWM0Yjg3NTE3MzU2Il0gYSB7IHRleHQtZGVjb3JhdGlvbjogbm9uZTsgfSAgLnRiLWZpZWxkW2RhdGEtdG9vbHNldC1ibG9ja3MtZmllbGQ9ImQxYmJkNzRkMDExM2MzMzFlODNlMWVkYTY2Y2ZlNjdjIl0gYSB7IHRleHQtZGVjb3JhdGlvbjogbm9uZTsgfSAgQG1lZGlhIG9ubHkgc2NyZWVuIGFuZCAobWF4LXdpZHRoOiA3ODFweCkgeyAudGItZmllbGRbZGF0YS10b29sc2V0LWJsb2Nrcy1maWVsZD0iNzBmNGRjOWZjNzQ2MzZhZTk4MzAxYzRiODc1MTczNTYiXSBhIHsgdGV4dC1kZWNvcmF0aW9uOiBub25lOyB9ICAudGItZmllbGRbZGF0YS10b29sc2V0LWJsb2Nrcy1maWVsZD0iZDFiYmQ3NGQwMTEzYzMzMWU4M2UxZWRhNjZjZmU2N2MiXSBhIHsgdGV4dC1kZWNvcmF0aW9uOiBub25lOyB9ICAgfSBAbWVkaWEgb25seSBzY3JlZW4gYW5kIChtYXgtd2lkdGg6IDU5OXB4KSB7IC50Yi1maWVsZFtkYXRhLXRvb2xzZXQtYmxvY2tzLWZpZWxkPSI3MGY0ZGM5ZmM3NDYzNmFlOTgzMDFjNGI4NzUxNzM1NiJdIGEgeyB0ZXh0LWRlY29yYXRpb246IG5vbmU7IH0gIC50Yi1maWVsZFtkYXRhLXRvb2xzZXQtYmxvY2tzLWZpZWxkPSJkMWJiZDc0ZDAxMTNjMzMxZTgzZTFlZGE2NmNmZTY3YyJdIGEgeyB0ZXh0LWRlY29yYXRpb246IG5vbmU7IH0gICB9IA== 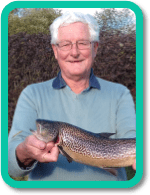 “The entry for May 11 1998 says-“lunch 2pm/dinner Director of Scripps”; for 26 September 2011 it reads “Abingdon POGO”. These two entries bookend my involvement with POGO – thirteen exciting, interesting and often frustrating years.

“The meeting in 1998 was my first with Charlie Kennel who visited Southampton to discuss the possibility of creating a new organisation for the world’s oceanographic institutions.  Read more…

“This was my introduction to what became POGO- by the time we met for the first official meeting at Scripps in December 1999 I found myself chairing the first morning session on “The POGO Concept” which included my thoughts on “what POGO is and what POGO isn’t!” The vision, the aims and intentions of this embryonic organisation and its evolution are described in the various POGO documents-here I recall a few highlights during my involvement.

“The first was the appointment of our first Executive Director-this was before the days of video conferencing etc and Charlie, myself and Bob Gagosian of Woods Hole had separate telephone conversations with candidates. The result was the appointment of Shubha Sathyendranath. Shubha was well known for her research at Bedford Institute of Oceanography but we worried that she might not embrace the administrative side of our young POGO with as much enthusiasm-we need not have worried! Shubha became the rock around which POGO revolved for the first ten years or so of its existence, and Charlie, Bob and I always regarded her appointment as one of the best we ever made!

“Following our second meeting in Sao Paolo we published our first Declaration- calling for more ocean observations in the Southern Ocean. At the same meeting we instigated a fellowship training programme together with SCOR and IOC. JAMSTEC responded to the S Ocean call with huge generosity and 15 young scientists funded by the POGO/SCOR/IOC fellowship were given places on the Mirai circumpolar “Beagle” cruise in 2003/2004.  Ship board training and experience for young researchers continues to this day with the AMT cruises hosted by the Plymouth Marine Laboratory. Similarly the POGO-SCOR Fellowship programme continues alongside other training opportunities.

“Capacity building was always one of my interests and I supported Shubha in her enthusiastic efforts to expand our involvement. We made a successful proposal to the Nippon Foundation in 2003 for a visiting professor scheme which funded two professors to teach and progress oceanography in various centres around the world. This scheme turned into the Nippon Foundation-Pogo Centre of Excellence programme in 2007, initially hosted by BIOS which today continues very successfully at AWI. The Nippon Foundation continues to be a very major supporter of POGO.

“It was always POGO’s intention to be the voice of the oceans and as we increased in size and activity the world beyond the oceans began to take notice. POGO was mentioned at the WSSD conference in Cape Town in 2002 for its advocacy, capacity building and training, and a new kid on the block emerged the following year with the inaugural session of GEO. I was very keen that POGO should become part of GEO and we were formally recognised as a participating international organisation at GEO 2. Since then POGO has been a vital component of GEO and GEOSS and vice versa, projecting both the importance of the oceans and the need for training and capacity building. For me the highlight of our early involvement with GEO was the 2007 GEO 4 meeting in Cape Town and its associated ministerial conference and exhibition. Here for the first time POGO lead a delegation of Ocean United- a combination of POGO and 6 other oceanographic programmes. Together we put together a very comprehensive stand at the exhibition and POGO hired a professional media expert before and during the meeting. This resulted in unprecedented media coverage for ourselves and raised the profile of the oceans within GEO and the international audience. POGO had achieved one of its initial aims-to speak with one voice for the ocean community and to deliver advocacy for the importance of the oceans.

“There are many other highlights and fond memories of POGO. Lost luggage and gifts of clothing in Conception, acting as a tour guide in Hyderabad, listening to your current chairman “singing” a Northumberland dirge whilst eating lobsters in Halifax. I am very privileged to have been a member of POGO for some 13 years, on its Executive Committee for 5 or 6 years and its Chairman for two. I was delighted to receive a “Nansen Award” at POGO 9 in Bermuda together with Charlie Kennel and Jesse Ausubel for our efforts in developing POGO. We helped create a community, a very friendly community. We spent hours in the early meetings debating the role, if any, that POGO might have; we had financial ups and downs; we had our disagreements- but we survived. POGO has evolved and expanded over the years and it gives me enormous pleasure and satisfaction to see it thriving today.”