A few thoughts from Nick Owens 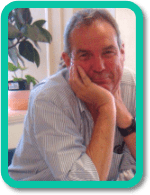 “It is nearly 19 years since I first became involved in POGO – I attended POGO 3 at the White Point beach resort in Nova Scotia.  I recall the meeting extremely well for lots of reasons. Firstly, it was when I first met Charlie Kennel – the POGO Chair, who I thought was inspirational.  Secondly, although I had met Shubha Sathyendranath on a number of occasions previously, this POGO meeting afforded me an opportunity to see Shubha display her consummate and quiet organisational skills for the first time, which still continues to impress and inspire me.   Read more…

“Thirdly, there were a whole host of other colleagues, some I knew well, others less so, and others who were new to me then but who have since become friends and colleagues. And we were all there with a common purpose and with the dedication and a desire to improve the knowledge of our planet ocean and I thought this was great and exciting. Thereafter, I became a keen fan of POGO and ensured I attended all the meetings. Little did I know I would end up as Chair! I did have a gap of around 7 years between 2000 and 2007 when I was Director at BAS – January was the time when I went South to Antarctica, BAS being ably represented then, as now, by Mike Meredith. But aside from that I’ve been a regular attendee.

“POGO has achieved great things since those early days, across all three pillars of our activity. However, I would highlight in particular the fabulous work done on outreach and capacity building.  These successes had their foundations in the passion, commitment and energy of Shubha and the now late Trevor Platt, both of whom worked tirelessly to develop this element of POGO. This has been a fabulous success and we have to acknowledge the incredible support of the Nippon Foundation, without which there would be limited activity possible. But we also must not forget the industrious hard work of all those who were and remain involved in the delivery and training of the various capacity development programmes over the years.

“At the time of my first POGO meeting all those years ago I could not have imagined following in the footsteps of a number of highly illustrious Chairs. I am very proud to be Chair of POGO because I really believe it is a force for good in global oceanography. We have grown significantly over the years and I like to think we are making a difference in places significantly beyond the ‘first world’, and that can only be a good thing. I feel honoured that the POGO membership considered me appropriate to continue for a second term as Chair, which I look forward to with enthusiasm. And in this regard I would like to thank and acknowledge the professionalism of the CEO, Sophie Seeyave, and her highly competent team that make my role as Chair as straightforward as it is.

“Oh, there is one more reason why I remember my first meeting – I was building up to running my first marathon and my daily run was fabulous, but hard work, in the sand dunes and beach of White Point!”