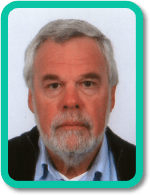 “As director of the Royal Netherlands Institute for Sea Research (Royal NIOZ) I had the pleasure to attend the annual POGO meetings from 2001 (POGO-2) until 2009 (POGO-10) with one exception and more recently the POGO meetings from 2016 (POGO-17) until 2018 (POGO-19) as the NIOZ representative standing in for the present director Henk Brinkhuis, due to extensive reorganizations of NIOZ and its funding body. Read more…

“All those years I very much enjoyed being part of the POGO community for several reasons. The major aim of POGO to globally observe the oceans was and still is exactly what I consider as a major goal of oceanography; (very) long-term – physical, chemical and biological – high-quality and standardized data from all ocean provinces are crucial to figure out how the oceans work on the short and long term. I also liked the modus operandi of POGO, i.e. a non-bureaucratic bunch of experts with the means to achieve common objectives in a very practical way in a relatively short time, if possible in cooperation with other marine bodies such as IOC, GOOS, Argo, etc. Capacity building by training young students from less developed or developing countries was and is another aim of POGO I favoured since that can be considered as building a future network of ocean observation worldwide. And last but not least, POGO meetings also offer a platform to chat with your colleague directors during lunch, dinner and in the evening about issues and problems in your home institute, finding out that such topics are not unique to your institute. Sharing such issues with each other is a blessing and helps to make the right decisions at home.

“In 2005 and 2006 I had the privilege to act as the chair of POGO. It was a fascinating period since, amongst others, we could extend the relation with the Nippon Foundation, establish a strong relationship with the newly-founded GEO network, and prepare an international cruise track database of research vessels worldwide to share. I remember a crucial meeting with representatives of the Nippon Foundation in New York where we, after the excellent preparative work of Shubha, discussed the last open ends in the proposal for the Nippon Foundation to obtain funding for the long term NF-POGO programme. Since I was in the middle of lecturing at the Utrecht University, I had to fly from Amsterdam to New York and back within 24 hours to attend the meeting. Because of that I could not accept the invitation to have dinner with our Japanese friends after the successful meeting. I had to fly back immediately to be back in Utrecht just in time to continue lecturing the next day. This, of course was far from polite and I felt rather miserable. Nevertheless, the Nippon Foundation agreed to fund the NF-POGO programme, and some time later we were invited by the president of the Nippon Foundation in Tokyo to celebrate the outcome during a formal Japanese tea ceremony. Quite an experience!

“Teaming up with the GEO network was an entirely different activity. I had the pleasure to attend the very first meetings of GEO in Italy and Cape Town. It became clear that the observational network that GEO had in mind was focused on the terrestrial realm. Howard Roe and I had a hard time to convince the GEO community during their meetings that three quarters of the globe is ocean and that the ocean plays a crucial role in climate and climate change, in biodiversity, cycling of elements, etc. At a certain stage we organized an Ocean United pressure group together with GOOS, SCOR, Argo and IOC to make it very clear that the oceans could not be ignored. That worked to some extent. But, sad as it is, it was the major tsunami event on Boxing Day 2004 that did the job; GEO and IOC became major players in setting up a successful up-to-date tsunami alert network for the Indian Ocean in a relatively short period.

“The above already demonstrates that POGO didn’t and doesn’t operate in isolation. For example, Jesse Ausubel of the Sloan Foundation attended the POGO meetings regularly and helped POGO with advice and funding projects. At those meetings I spoke a lot with Jesse about all kinds of things and we became friends. Through Jesse I became involved in the Census of Marine Life programme supported by the Sloan foundation. Together with Mitch Sogin from Marine Biology Laboratories (MBL) in Woods Hole I supervised the microbial arm of the Census, ICoMM, for five years. On a trip to Woods Hole to prepare a meeting at the Sloan foundation I met, completely by chance, Patricio Bernal, at that time the Executive Secretary of the IOC upon arriving at Logan airport, Boston. I knew Patricio very well since he attended may POGO meetings and I attended several IOC meetings at Paris on behalf of POGO. Patricio told me that he was invited by the Woods Hole Oceanographic Institute (WHOI) as a guest of honour during the celebration of 75 years WHOI. Since he was offered transport from Logan airport to Woods Hole he asked me to join him. All of a sudden a very large white limousine turned up and, yes, that was the transport vehicle promised to bring Patricio to Woods Hole. Thus, we shared the ride and discussed the state of the art in marine research drinking champagne and eating snacks (not caviar) for a couple of hours. In Woods Hole the driver dropped Patricio at his hotel and offered to drop me off at the dormitories of the MBL students where I was supposed to sleep for the next few days. When I arrived a student party was going on outside. I simply left the limousine, bent to the right and to the left, said hallo to the surprised students and went to the reception, realizing that in the end this adventure started at a POGO meeting.

“Speaking of Patricio and the IOC, during one of the very formal annual meetings of the IOC with representatives of all the member countries and international marine organizations like POGO I wanted to make a statement about in situ ocean observation. The procedure followed during these meetings is very formal. Statements of the member countries are made in alphabetical order followed by statements of the marine organizations, also in alphabetical order. At a certain moment the chair of the day invited the representative of the member state POGO to go ahead. Confusion all around and I was wondering if there was a country by the name of POGO I didn’t know of. After a couple of seconds I decided to react making clear that I represented POGO, the organization. The chair realized the error made but asked me nevertheless to make my statement. I did so after having taken the opportunity to make very clear in an elaborate way what POGO was and how POGO and IOC should cooperate to achieve POGO’s and IOC’s common goals.

“Another good example of the “POGO-web” goes back to the POGO-5 meeting at JAMSTEC. On the bus ride from JAMSTEC to Tokyo airport after the meeting I happened to sit next to Nick Owens, then director of Plymouth Marine Laboratory (PML).  We chatted about the research topics going on within our institutes and just before we arrived at the airport Nick invited me to become a member of the Science Board of PML. A week later I accepted the invitation and enjoyed the Science Board meetings very much. As a result of this, I presume, I was asked by the British funding agency NERC to chair an evaluation committee visiting all the marine institutions in the UK. That was an awful lot of work but very rewarding partly because the excellent research performed by these institutes. I learnt a lot again and once again I realized that this all happened thanks to a POGO meeting in Yokohama. And, by the way, the present chair of POGO is Nick.

“A last memorable moment. During the meeting on Bermuda (POGO-9) Tony Knap invited us for a  small party at the house of the chair of the Bermuda institute, to honour three persons who had been central to development of POGO: Charlie Kennel, Howard Roe and Jesse Ausubel. To everybody’s surprise the famous actor Michael Douglas entered the house and delivered a speech dedicated to the beauty of the oceans. Thereafter, he personally presented the awards and some of us spoke highlighting the important contributions of each of the recipients.

“From the above it should be clear that POGO or maybe more precisely, the “POGO-web” has had a substantial impact on my career. I’m very grateful for that and I sincerely hope that my modest contribution to POGO has been helpful to the continuity of POGO after a very successful 20 years. Congratulations!”