Some personal recollections by John Field 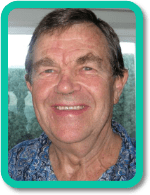 “I am very privileged to have been involved with POGO from 2000. This was about when it became widely recognised that satellite oceanography would revolutionise our understanding of surface ocean dynamics.  I had been asked to help promote biological observations as part of POGO, which initially had a physical bias. It was inspiring to be at POGO meetings with people like Jesse Ausubel who had promoted the Census of Marine Life so passionately and had the Sloan Foundation co-sponsor the “Biological Observations” workshop in Dartington, England in 2001. Read More…

The workshop came up with arguments for making biological observations alongside the physical and chemical ones and encouraged the application of satellite Ocean Colour. To complement those surface observations, it recommended the development and use of bio-probes in the then-young Argo float programme of sub-surface observations. The report systematically set out the characteristics of different observing platforms, from buoys to satellites, and their pros and cons. The workshop also listed and prioritised key variables and emphasised the need for capacity building in biological observations

It was exciting to be a part of POGO, meeting with the directors of so many of the world’s great marine institutions. These are all busy people who did not waste time in implementing the recommendations that emerged from the frank exchanges that took place at short and efficient meetings. The atmosphere was very different from the formal and drawn out exchanges at inter-governmental bodies, where delegates had to cover their backs and make sure that their governments would or could commit to binding resolutions. As an example of rapid response in POGO, the Sao Paolo Declaration in December 2000 stated the need for more ocean observations in the southern hemisphere; there must have been immediate planning because in 2003 the Japanese Beagle Expedition circum-navigated the southern hemisphere from the Indian Ocean, to the Pacific and Atlantic at about 30 degrees south.  This cruise also included a range of bio-optical and biological observations as recommended by the POGO Biological Observations workshop.

Other stimulating activities emerging from POGO included the capacity building aspects of the POGO-Nippon-Foundation Centres of Excellence, the Blue Planet initiative of GEO, which had started as a body for mainly terrestrial global observations until POGO made representations and helped form Oceans United to promote ocean observations as part of GEO. Other highlights for me included the formation of ChloroGIN in 2006 after a jointly sponsored workshop, and the International Quiet Ocean Experiment promoted by the enthusiastic eloquence of Jesse Ausubel and seed money from the Sloan Foundation.

I look back with many happy memories of good times spent in discussions and over meals with the wonderful people associated with POGO. I clearly remember when Trevor Platt retired and Sophie Seeyave took over as Executive Director of POGO at our meeting in Tenerife in 2015. It has been a privilege and a pleasure to have worked with Sophie, Trevor and Shubha Sathyendranath, her predecessors in the POGO Secretariat, and I congratulate them and POGO on its 20th anniversary and wish POGO ongoing success for the next 20 years!