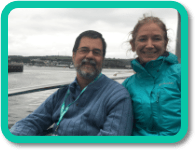 The Scientific Committee on Oceanic Research (SCOR) and Partnership for Observation of the Global Ocean (POGO) have been working together since POGO’s formation. First, the organisations have sent representatives to each other’s annual meetings to help provide input in person. These events helped the organisations learn about the activities and priorities of each other to make cooperation more effective. I attended five POGO annual meetings.  Read more…

SCOR contributed to the early development of POGO’s cruise database.[1]

More importantly, SCOR and POGO have cooperated in activities where the two organizations share interests related to ocean observations and capacity development, two of POGO’s three pillars. POGO participated in several SCOR-sponsored capacity development meetings, including meetings in Bremen, Germany in August 2010; Izmir, Turkey in April 2011; and Henties Bay, Namibia in November 2012. SCOR and POGO have co-funded the POGO-SCOR Fellowship Programme since 2001, supporting more than 160 Fellows during this period (see https://pogo-ocean.org/capacity-development/pogo-scor-fellowship-programme/). Besides co-funding, both organizations participate in establishing priorities for fellowship areas and work together to select Fellows. SCOR, POGO, and the Intergovernmental Oceanographic Commission jointly conducted a side event at the 2017 UN Oceans Conference on capacity development.

In relation to observations, SCOR and POGO co-sponsor the International Quiet Ocean Experiment (IQOE), intended to expand non-military observation of sound in the ocean and its effects on marine organisms. IQOE is the first international science project on ocean sound. In addition, IQOE is working to incorporate ocean sound as part of the Global Ocean Observing System by supporting an Ocean Sound Essential Ocean Variable.

SCOR and POGO are key partners as POGO proceeds into its next 20 years and SCOR approaches 65 years of serving the global ocean science community. Each organization provides unique approaches to addressing ocean science questions internationally, drawing on different resources of the international community.  POGO effectively represents oceanographic institutions in areas related to its three pillars.

POGO was formed just before I applied for the position of the SCOR Executive Director and I was concerned that POGO would compete with SCOR in a variety of ways. However, I learned over the years that SCOR and POGO have very complementary missions and POGO has become an important partner for SCOR, not a competitor.

The second POGO annual meeting, at the end of November 2000, was the first international meeting at which I represented SCOR after I became the SCOR Executive Director. Despite missing my flight from the United States to Brazil, and having to arrive one day later than planned, I felt welcomed by the POGO community and was impressed with the work plan being undertaken by POGO.

I remember the kindness of Sophie Seeyave (then POGO Scientific Coordinator) in taking over the staffing for our capacity development meeting in Turkey in 2011 for one day when I was sick with food poisoning, and making sure I had food when I could not leave my hotel room.