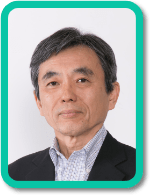 “I remember my initiation with POGO was at its fifth meeting in Yokohama Institute of JAMSTEC in 2003. Since then, I attended POGO-6 to 10 as executive director of research at JAMSTEC and as representing IODP-Management International from 2010 to 2012. I had the honor of chairing the POGO 2009-2011, between Tony Haymet and Peter Herzig.  Read more…

POGO-11 (2010) in cold Moscow winter hosted by Shirshov Institute of Oceanology with Robert Nigmatulin was the main meeting I chaired and is warmly remembered as we had lively discussions particularly about where should POGO be heading. Here you are now, and I am happy to see the POGO network has grown in another decade and congratulations to POGO 20th anniversary!

The oceanographic institutions that comprise POGO span the globe north to south and east to west. I believe this remains one of the key values shared by the members. POGO meetings have provided unique opportunities to build networks of people and groups sharing common scientific and social interests in global ocean observations. When I remember my days with POGO, the first thing that passes my mind is the devastating Andaman-Sumatra tsunami in December, 2004. Usually, the schedules of scientific research cruises are determined year(s) ahead and in a sense not very flexible in coping with this kind of sudden calamity. Fortunately, JAMSTEC could take actions quickly to send our research vessel to off Ache to make seafloor observations. The POGO network was invaluable to make such a cruise to call for international participation, and also plan the cruise with other institutions’ ideas and comments. I thought the POGO forum is quite enjoyable at peaceful times, but that kind of relationship builds trust over the years and demonstrates its worthiness in a time of crisis when a coordinated action is something that the society requires us.