Preparing for the next big oil spill

How researchers in Mexico used ocean observations to create an opportunity for change in the aftermath of the devastating 2010 Deepwater Horizon oil spill. 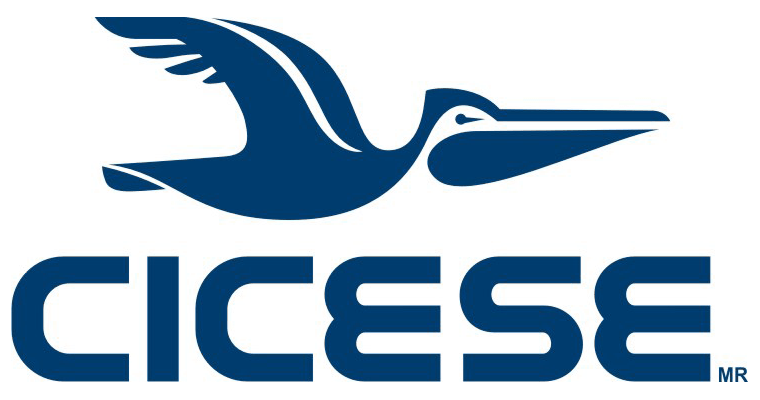 On 20 April 2010, a BP-operated oil well deep in the Gulf of Mexico suffered a blowout, igniting a giant explosion on the Deepwater Horizon offshore drilling rig. 11 crew members were killed, 17 others injured, and over the course of 87 agonising days, the oil well – located roughly 40 kilometres off the coast of Louisiana, USA – vomited around 500 million litres of oil into the one of the ocean’s most biodiverse regions.

By the time engineers managed to bolt on a temporary cap, the disaster had developed into the nightmarish reality of the largest accidental marine oil spill of all time. Winds, currents and other ocean dynamics spread the slick over large areas, leading to the inexorable loss of countless sea creatures such as fish, sea turtles, oysters, crabs, corals, birds, dolphins, and whales.

The disaster coated more than 1500 kilometres of US beaches in oily muck, devastated coastal tourism, and sullied fisheries. While many habitats have staged a recovery, a decade on, the spill’s effects linger: seabed sediments choked of oxygen, coastal pollution far above background levels, and oil spread farther than many anticipated.

Yet many fear some of the impacts of Deepwater Horizon remain completely undescribed, also in Mexican waters, where the disaster brought back painful memories of the massive Ixtoc 1 deep water spill in the Bay of Campeche in 1979. “Deepwater Horizon reawakened society to the dangers of oil spills in the deep ocean: communities looked on in horror at the event playing out 24/7 on the news,” says Sharon Herzka, professor of biological oceanography at the Centre for Scientific Research and Higher Education of Ensenada (CICESE), situated in Baja California, Mexico.

“Many feared plumes of oil would be transported towards the Mexican coast, and some fisherfolk reported decreases in catches and attributed this to the spill. Yet because we were lacking necessary baseline data, there was no way for us to substantiate this. The immense physical ocean arena, the relentless movements of waters and marine life, and ever changing environmental conditions need to be extremely well characterised.”

Following public and political outrage, BP accepted full responsibility for the Deepwater Horizon disaster, paying more than $69 billion in fines, including more than $10 billion to the fishing industry. Yet the company denied oil reached Mexico, and communities in the country have received no compensation. “Societies were caught off guard, but so too were scientists,” says Juan Carlos Herguera, group leader in the Department of Marine Ecology at CICESE. “We immediately realised there were very important aspects that we didn’t fully grasp relating to ocean currents, wind patterns, and the resilience of marine life – in particular at the scale of tens to hundreds of kilometres, and from days, to weeks, to months.

“By studying these mesoscale processes, it can help scientists answer essential questions about the paths and potential impacts of hydrocarbons, how they might degrade, and what the knock-on effects might be for habitats, ecosystems, lives, and livelihoods. Major oil spills are supposedly very unlikely events, but the Gulf of Mexico is one of the most intensively exploited regions worldwide, and their operations are expanding into deep waters where uncontrolled spills are much more difficult to deal with in terms of mitigation and the fate of oil much more difficult to predict.”

Recognising a crippling lack of data, policymakers, scientists, industry representatives in Mexico came together to launch an ocean observation project (2015-21) aimed at delivering multi-layered baseline information on the ocean environment across the Southern Gulf.

The initiative, led by the Research Consortium for the Gulf of Mexico (CIGoM) and financed by the National Council for Science and Technology and Ministry of Energy Hydrocarbon Fund, united more than 300 multidisciplinary researchers from more than two dozen institutions in Mexico and abroad.

“No one had any idea how long the Deepwater Horizon crisis would go on for and authorities were immediately asking what could be done,” says Herzka, who coordinated the project’s environmental and baseline studies. “The resulting CIGOM programme has enabled us to integrate a wide range of physical, biogeochemical, and ecological parameters in space and time. For instance, the data can be used to create operational models of the ocean in real time that can then be used to mount a rapid response to a spill, as well as understanding and quantifying longer-term effects.”

Studies utilised drifters, drones, gliders, buoys, and robots to shine light on long-term ocean and atmospheric conditions. Coastal radar stations scooped up data from offshore currents. Satellites provided images and multi-sensor information on aspects such as phytoplankton productivity, sea surface roughness, and changes in sediments. Complementing these continuous observations was a series of more than 22 research cruises, which took water samples and readings from multiple locations and depths across the central and southern Gulf.

“It was a huge logistical effort to standardize sampling protocols, equip, and operate the research vessels and to ensure that data we collected was findable, accessible, interoperable, and reusable across all the different fields participating,” says Herzka. “We developed software that enabled detailed and consistent planning of cruises, including where we were going, what we were doing at each station, the gear we were using, who was on board, and which samples we’d be collecting. But often we had to think on our feet, for instance organising lorries of equipment to crisscross the country at short notice to ensure that vessels and scientific crew could deliver the observations we needed.”

More than 11 million readings later, the team has built a comprehensive database of close to 80 different variables from across the central and southern Gulf of Mexico. “Having the right baseline information about the ocean’s biology, chemistry, and physics can help researchers understand, model, and predict where hydrocarbons may end up, the plume’s density over time, and the impact of ocean currents on their spread,” Herguera says. “This was a huge challenge and there is still a long way to go: we are trying to assimilate these observations, combine them with a wide range of other datasets, and ultimately model all of this complexity.

“We are beginning to get an idea of the bigger picture: not just of the seasonal, and some of the long-term changes in the ocean, but the fine grain details that can help us understand how the ocean is shifting and shaping in real time,” Herguera says.

“We need to account for a wide range of factors, such as the effects of swirling eddies and circular currents, the mixing of waters within the Gulf, the regions of potential impact of high winds or hurricanes, and to be able to define and distinguish between mesoscale and seasonal effects. If another spill occurs, the operational models we are developing will prove invaluable in predicting the fate of the hydrocarbons, understanding their potential effects, and deciding how best to mitigate their impacts in real time.”

Accidents in the Gulf of Mexico during the summer of 2021 have refocussed international attention on the potential dangers of oil exploration and extraction. A gas leak in an underwater pipeline sparked a fire on the ocean surface – dubbed ‘eye of fire’ – that was widely shared on social media. In addition, five people were killed and several others injured by a fire on an offshore oil platform.

But should another major oil spill occur, researchers are hopeful that ocean observations can help reduce the impacts experienced in the past. Potential applications include informing early warning systems that enable timely use of booms, buoys, or barriers to scoop or soak up oil before it spreads. It could help authorities to weigh up the potential impacts of mitigation approaches such as the use of dispersants, which can have unintended consequences, particularly in delicate environments such as coral reefs and if they are assimilated into food webs. They could even help researchers to understand how microbiota in the ocean breakdown hydrocarbons, which is important for the development of bioremediation strategies.

“By understanding the natural range of variability, we can develop our monitoring programmes in a way that can inform marine water quality standards, and help authorities to uphold them,” Herzka says. “Because we have tied in the whole ecosystem, our observations also have the potential to support more applied aspects, including ocean management and conservation.”

One example are action plans that have been drawn up to protect key habitats and species should another nightmare spill wash up on shore.

“The Gulf’s southern coast is home to some of the world’s most important beaches for marine turtle nesting: by bringing together understanding of their migration patterns with baseline observations of the ocean, researchers have developed a national plan of action to protect turtles in the event of another major spill,” Herguera explains.

“On the other hand, in 2021 and some previous years many Atlantic coastlines have suffered from the catastrophic effects of Sargassum, a free-floating algae that has been recently been documented at unprecedented biomass in the Atlantic and which is washing up on the beaches of the Caribbean Sea. They are toxic, foul-smelling and a nuisance when they pile up on the shore. Our observations can help to identify the likely path of these macroalgal blooms and intercept some of them before they hit coastlines or biodiversity hotspots in the ocean. Humans are altering the regular cycles of the ocean and it’s crucial we continue these observations to understand how we can adapt to these changes and design mitigation strategies.
“We have models for the atmosphere that predict the weather, and now we are developing models for the ocean that could predict how water temperature might supercharge hurricanes or how ocean currents might drag an oil slick on the ocean surface to unexpected places. The issues we are facing have a direct impact on coastal communities, fisheries, tourism, and many other public stakeholders, and we ultimately need to deliver this research guided by society and make decisions on its implementation jointly.”